Officials say the system will enable fast, easy access from central London to the UK’s fifth biggest and fastest-growing major airport in 30min by providing a seamless 5min transfer time from Luton Airport Parkway to the airport terminal.

Subject to planning permission, work could begin later this year with the system ready for operation by spring 2021. LLAL, wholly-owned by Luton Borough Council, will fund the scheme under its capital programme.

The MPT system will be a fully-automated, two-way people-mover based on latest system technology and design innovation. It will travel over a 2.2km (1.4mi) route between two purpose-built stations at Stirling Place and the Central Terminal.

The route will run alongside the mainline railway before crossing over Airport Way via a new landmark bridge. It will then continue through the airport’s existing mid-term car park, under a taxiway, and on to the Central Terminal. 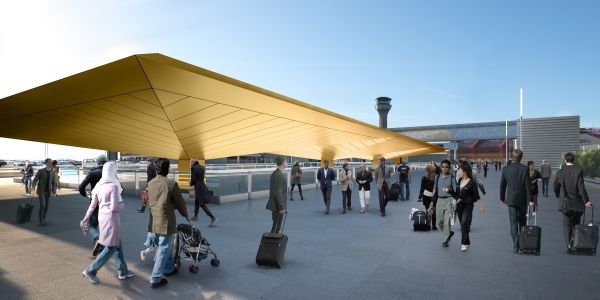