Wizz sets up UK base 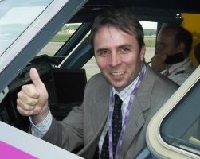 Wizz said establishing this base would strengthen its operational presence at Luton and enable it to increase the number of routes being served from the airport to 42.

The three new services will connect Luton with Tel Aviv, the Kosovo capital Prishtina and Kutaisi in Georgia – the only direct connection between Georgia and the UK. Frequencies on some routes will also increase with the arrival of the new aircraft.

As the second largest operator at Luton, Wizz last year carried more than 5m passengers. This year, the airline says it will have almost 6.3m seats on sale on its Luton routes, representing a 13% growth year on year.

CEO József Váradi said: “This announcement once again underlines Wizz Air’s commitment to the UK. By establishing base operations at Luton, we are also creating direct local jobs with one of Europe’s fastest-growing airlines for the first time.”