SAS base for Ireland?

A potential base in Ireland is being considered by the Scandinavian flag carrier SAS as part of a campaign to reduce costs, the Danish newspaper Berlingske reported on Tuesday. 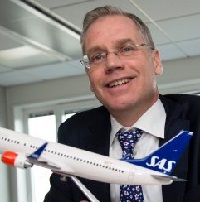 The report said the airline could follow its competitor Norwegian Airlines in seeking a licence to operate from Ireland so it could also register aircraft in the country and possibly also follow Norwegian in employing staff on different terms via its international base.

Berlingske noted Heathrow and Spain had also been cited as additional potential candidates for an international base, with SAS potentially seeking an Irish licence but choosing to set up its base in the UK.

SAS refused to comment to the newspaper on what any new hub structure might look like, but the company said it was examining “its whole way of operating, given the extremely competitive industry in which it operates”.

The airline said in December it was considering establishing bases outside Scandinavia, with CEO Rickard Gustafson saying then SAS had to create “the pre-conditions to compete on equal terms with our competitors”.

Norwegian has already chosen Ireland for its international arm, Norwegian Air International, and received a licence to fly from Cork and Shannon to Boston and New York.