Lord Ahmad said that the new government was positive about aviation and pointed out that he accompanied the Chancellor to London City Airport the day after their appointment to give its expansion the go-ahead. Connectivity via Heathrow was highlighted, resulting in BTN asking about the use of Northolt over the next decade whiet R3 was being built (see COMMENT BTN 13 February). He said a meeting was being organised.

The government strategy is planned to be an update to the 2013 Aviation Policy Framework and will be a comprehensive overview of the whole of the UK aviation sector – and the strategy proper will be unveiled at the back end of 2018.

Seven areas that the DFT are particularly keen to look at were announced. These are: Growth and Investment; Environment; Market Access and Trade; Skills; Consumer experience; Technology and data; and Infrastructure. Represented on the speaker panels were Bristol Airport, Virgin Atlantic, CAA, Rolls Royce, ABTA, BAR UK, Sustainable Aviation and NATS. 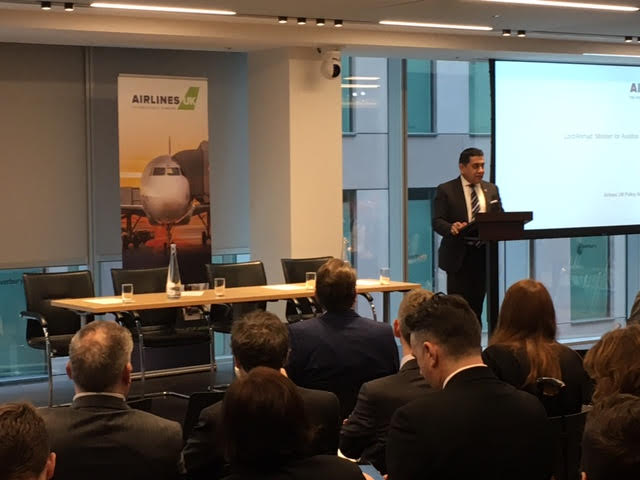