A new fleet livery, new staff uniforms and new inflight menus were unveiled last week by Air Canada as its home country prepares to celebrate the 150th anniversary of its confederation and the airline puts the B787 into service.

All 300 mainline and regional aircraft are being repainted in a black-and-white design highlighting the iconic red maple leaf encircled ensign, or "rondelle," that returns to the tail of the flag carrier's fleet after an absence of 24 years.

The airline's pilots, flight attendants, airport customer service agents and other uniformed personnel comprising about two-thirds of its 30,000 global workforce will start wearing their new uniforms later this year.

Air Canada has so far received 23 new B787 Dreamliners with 14 more planned by 2019, all offering a new international cabin standard. 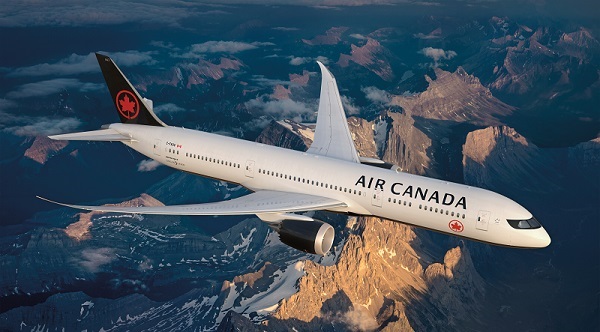