More major expansion was in the air for Ryanair last week, with Israel taking pole position as the airline launched a winter 2017 schedule with 19 routes, 15 of them new. The carrier also announced its biggest winter schedules so far for Madrid and Barcelona. 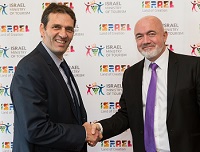 Ryanair said the new schedule provided enhanced access to Israel from its 200-airport network, with more routes and lower fares from European cities as the airline passed on lower fuel costs as part of its “Always Getting Better” programme.

At Barcelona, there are new routes to Krakow, Luxembourg, Prague, Venice, Brussels Charleroi and Naples, and more flights on eight existing routes, for a total of 45.

I wonder why they don't fly between Israel and the UK?