Aircraft noise in the context of future development of Edinburgh Airport was in the spotlight last Monday when the airport launched the second stage of its public consultation on the Airspace Change Programme (ACP). 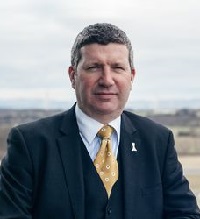 Officials say they want to ensure the airport continues to grow in the right way and that it “continues to be able to support Scotland’s economy and jobs in a safe and effective way”.

The second stage of consultation, titled “You Spoke and We Listened”, was introduced by airport chief executive Gordon Dewar, who wrote to more than 640,000 households outlining the design of proposed new flight paths and seeking views.

Based on public responses from the initial consultation period last summer, it says if the airport’s preferred proposed flight paths are approved, it will mean aircraft would fly over fewer people and would reduce the noise impact for 25,000 residents.

** The airport has become more accessible with the opening of the Edinburgh Gateway train-tram interchange station. It links the city's northern train line to the tram network and plugs the airport into the national rail network to boost onward journeys.