Daily summer seasonal services between Canada and Reykjavik were announced on Wednesday by Air Canada as the carrier continues its gradual expansion which started last year and will see more new routes added during 2017. 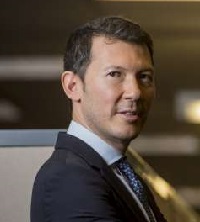 The non-stop Iceland flights will be operated by Air Canada Rouge from June four times and three times weekly from the carrier’s Toronto and Montreal hubs respectively, using the 136-seat A319 with Premium and Economy classes.

President passenger airlines Benjamin Smith said the company would be the only Canadian airline and only Star  Alliance carrier in North America to fly to Iceland. Eligible passengers have priority check-in and boarding, lounge access at Toronto and Montreal and other benefits.

Air Canada this year is also launching new international services between Toronto and Mumbai, Berlin, and Reykjavik and between Montreal and Shanghai, Algiers, Marseille and Reykjavik, as well as  between Vancouver and Taipei, Nagoya, Frankfurt and Gatwick.

Last year, the airline started new services between Toronto and Seoul, Gatwick, Prague, Budapest, Warsaw and Glasgow, as well as between Montreal and Casablanca, Lyon, and Delhi and between Vancouver and Brisbane and Dublin.