US anger at Emirates

The lobby group representing major international US carriers, the Partnership for Open & Fair Skies, reacted furiously last week to plans by Emirates for a new daily service between Dubai and New York Newark via Athens. 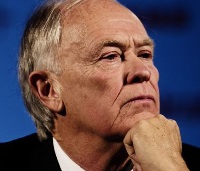 Fifth-freedom rights allow the Dubai-based airline to pick up passengers in Athens and fly them to Newark and vice versa. Emirates says there is no other current year-round service between the two cities.

The US group accused Emirates of “throwing down the gauntlet”, saying the airline and other Gulf carriers had received more than $50bn (about £39.7bn) in government subsidies in violation of Open Skies agreements, which the airlines deny.

Announcing plans for the launch, Emirates president Sir Tim Clark said the Greek government and Athens International Airport had approached the airline “some time ago” to consider serving the route between Athens and New York.

He added: “After careful review, Emirates concluded extending one of our Dubai – Athens flights to Newark would be commercially and operationally feasible. We are pleased to be able to help meet a strong consumer need long neglected by other airlines.”