The growing field of low-cost long-haul travel could soon be joined by India’s SpiceJet after reports it has optioned B787s as part of its latest order with Boeing for a large fleet of B737 MAXs. 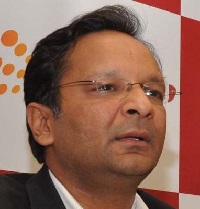 It would become India's first carrier in the sector if it goes ahead with the Dreamliner, which the Times of India reported would first be leased to test the market’s waters. SpiceJet declined to comment.

The reports surfaced after Boeing and SpiceJet announced a commitment for up to 205 aircraft, including 100 new 737 MAX 8s, the airline’s current order for 42 MAXs and 13 more previously attributed to an unidentified customer, plus purchase rights for 50 additional aircraft.

It is the eighth largest carrier in India's international market in terms of weekly capacity, controlling 20,930 (2.94%) of the 712,567 total weekly seats out of India currently available.