Five morning slots at Heathrow on Tuesdays, Wednesdays, Thursdays, Saturdays, and Sundays have been sold to Delta Air Lines by the state-owned carrier Croatia Airlines, clearing the way for the US company to expand its UK presence. 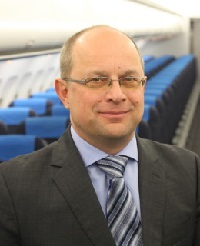 The deal was reported in Croatian media, which quoted Croatia Airlines CEO Kresimir Kucko as saying the slots had been sold for $19.5m. There was no immediate comment from Delta. The transfer is expected to take effect from April.

The deal leaves Croatia with four afternoon slots at Heathrow and the airline said it will continue to operate between Zagreb and London on Mondays, Wednesdays, Fridays, and Saturdays.

The newsletter C-H Aviation said earlier reports had claimed the sale would not happen given the Croatian government’s unease about losing what is seen as a "strategic asset", but the carrier itself had now confirmed the disposal.

The publication noted that with Heathrow capacity likely to remain constrained until the third runway is able to go ahead, there would always be buyers of slots on the lookout for willing sellers.

Among those in the market, C-H Aviation said, is China’s HNA Group, which is seeking Heathrow access for three of its carriers – Hainan Airlines, Tianjin Airlines, and Capital Airlines.