The organisation for Britain’s airline pilots last week demanded action to prevent further incidents like the disappearance of Malaysia Airlines’ flight MH370 after the hunt for the missing B777 was suspended.

BALPA general secretary Brian Strutton said it was “disappointing but understandable” the search had been called off, saying it meant investigators would be unable to find out what happened and prevent it happening again.

“We reiterate our call for more to be done to have sensible tracking of aircraft from take-off to landing … including technology such as ‘virtual black boxes’ where safety data can be transmitted when an aircraft experiences problems,” he added.

The decision to suspend the search for MH370 was also criticised by the families of the missing, who called the move irresponsible and said it should be reconsidered.

Searchers said the decision was taken with "sadness" after a sweep of more than 120,000sq km (46,300mi) of Indian Ocean. Only seven of the 20 pieces of recovered debris have been identified as likely to be from the Boeing 777.

Australia's transport minister Darren Chester stressed the project could be revived if there was new evidence, and there was also speculation a reward might be offered to instigate a new investigation. 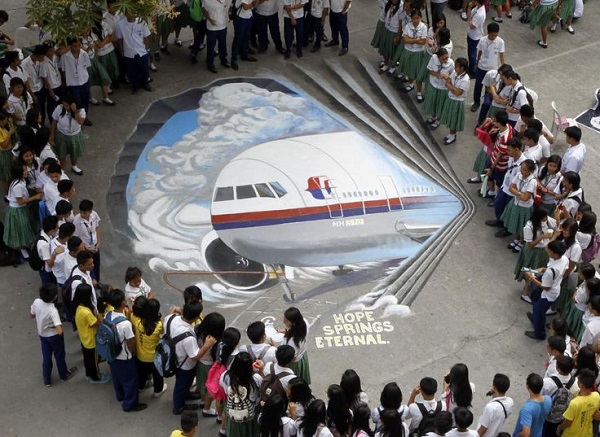