A plan to break even by the end of this year and make a profit by 2018 has been revealed by Malaysia Airlines (MAS) CEO Peter Bellew in an interview with a Far East business publication. 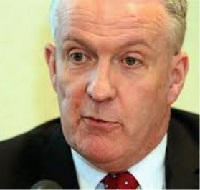 The carrier is also said to be embarking on its biggest promotional campaign in London to date to attract business travellers as well as the adventure-travel market and to refurbish its lounge at Heathrow.

MAS has been working on rebranding after the twin tragedies of its flights MH370, which disappeared over the Indian Ocean in 2014, and MH17, which was shot down over Ukraine four months later.

In his interview, Bellew told New Straits Times Business the recovery was working.

The MAS brand “remains strong”, he said, after working hard to re-engage with passengers, travel agents and the public. "We are now up at the 80% load factor,” he continued. “You don't get back up into the 80% load factor if people don't love your brand.”