Embraer on the move

Following what it called “a year of major challenges in 2016”, Brazilian manufacturer Embraer has begun 2017 with a contract from Widerøe, the largest regional airline in Scandinavia, for up to 15 E2 family aircraft. The deal consists of three firm orders for the E190-E2 and purchase rights for 12 further E2 family models. 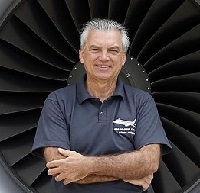 Widerøe says the flexible mix of purchase rights for E175-E2, E190-E2, and E195-E2 will give it the ability to grow its fleet with aircraft of 80-130+ seats, “the right size capacity to meet market requirements”.

President and CEO Paulo Cesar de Souza e Silva noted that the total of 225 aircraft for the two markets represented the highest volume of deliveries in the past six years. As of 31 December, the backlog totalled US$19.6bn.

In commercial aviation, highlights of the last quarter 2016 included delivery of the 1,300th E-Jet to China’s Tianjin Airlines and the beginning of E170 operations in Russia with S7 Airlines.