Heathrow Queen's Terminal is the best

Incredibly, three near-perfect answers were received for the BTN Christmas Quiz and so we had to resort to a tie decider. The winner is Simon Grigor, who lives in South Harrow, London, close by Northolt Airport. 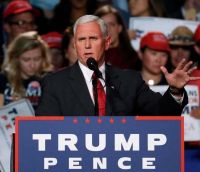 "Which is the best terminal at Heathrow and why?" was our final question. He came up with: "The Queen’s – roomy, smooth, and named after our great Monarch."

His only partly incorrect answer was (28). Our man was at the airport when Mike Pence, US vice-president elect, arrived, the only VIP on the Trump Boeing 737-400.

In second place came Phil Spicer, of BCD Travel UK, followed by Trevor Metson of the CAA.  Book prizes will be going to Henry Leoni, Kane Davidson, Justin Neal, Jonathan San Jose, Juergen Schohe and Peter Alan.  They will be hearing from BTN in the coming week.  And if you were not a winner we do hope you enjoyed trying to guess the answers.  Some strange deductions emmerged.  The third Ark Royal was scrapped in 1980 and could not have been around in 1995 but with modern technology (clipping) everyone managed to spell the Leicester City owner’s name.  It is Vichai Srivaddhanaprabha.

And can we say once again thank you to  easyJet  for the first prize of two return flights anywhere on the system, plus  Gatwick  for free parking, Premium Fast Track and  Swissport  with the Aspire lounge.  BTN stayed at the  Amba Hotel Charing Cross   and was most impressed. We’ve a dinner, bed and breakfast for two plus tickets for ‘The Comedy About A Bank Robbery’ at the Criterion Theatre, Piccadilly Circus, just a short walk away.

There are six special prizes courtesy of   Crecy,  the aviation (and transport) bookseller, for the runners up. The Royal Aeronautical Society  has chipped in with three copies of its special book 'Delivering the Dream'.

Our special thanks go to Rod Simpson for his photographs. Rod is the author of more than a dozen aviation books, chairman of Air-Britain and editor of its house magazine, Aviation News.

But where are the answers?