Four new routes, extra capacity and more aircraft are being added by Jet2 to its operations line-up at Stansted operation in response to heavy demand, despite the airline having announced its arrival at the airport only in September and first flights not due to take off until 30 March. 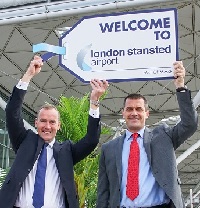 Jet 2 has added Antalya, Corfu, Dalaman and Split to its list of destinations to be served from Stansted, meaning a total of 96 weekly flights will operate to 25 destinations this summer and 27 in total including next winter.

The growth will be supported by the addition of a seventh aircraft to the Stansted fleet, which will also cover winter 2017/18.

Flights to each of the four new routes will operate twice weekly throughout the summer from July. In addition, Jet 2 will also operate more flights during the summer to the most popular destinations, including one extra flight every Monday to Majorca, making 10 flights every week and at least one flight daily.