A new era was hailed by Iran Air last week as the carrier formally took delivery of an A321, the first in a batch of 100 jets it ordered under a landmark fleet-renewal deal with Airbus.

Powered by CFM International CFM56 engines, the aircraft is one of 46 A320-family jets featured in the order. At the A321 handover in Toulouse, Iran Air chief executive Farhad Parvaresh called the occasion “a memorable day”.

He praised the “change in international perspective” that he said had helped to lay foundations for the agreement and said the “distance” caused by “biased political” adversity had been “narrowed” by political negotiation and said he foresaw “great success and dignity” for both Iran Air and Airbus.

“This agreement is one of the most significant deals in the history of civil aviation,” he added during the ceremony.

Bregier told Parvaresh that he had an “opportunity to create an enormous legacy” for Iran, with new routes and greater accessibility to air transport – for which the A321 would serve as the “perfect springboard”. 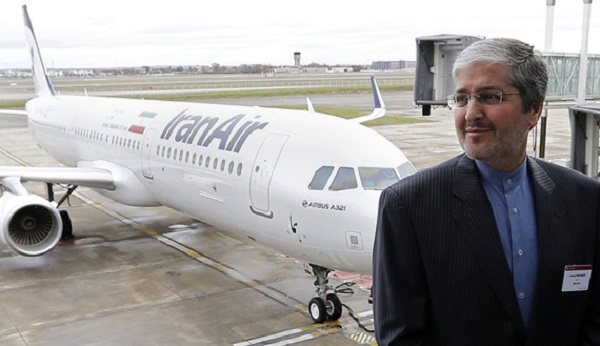