Two Airbus A350-900 XWBs made history for Taiwan’s China Airlines last week when they completed their first intercontinental passenger flights. The first, departing from Taipei, touched down in Amsterdam on Monday. 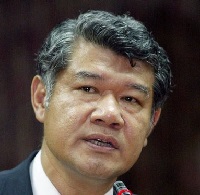 The second A350 in the fleet completed its own first long-haul flight and arrived in Vienna the next day. The airline has a three-a-week service to the Austrian capital, while Amsterdam is served four times a week.

During his speech at the handover ceremony of the aircraft last year, chairman Nuan-Hsuan Ho noted that China Airlines first announced in 2008 it would be introducing 14 A350-900 XWBs.

The carrier welcomed the first last September, followed by three more between then and the end of the year. Of the 10 still to be delivered, the company is scheduling six this year and the remaining four in 2018.

All the aircraft come equipped with 306 seats in three classes – 32 in Business, 31 in Premium Economy and 243 in Economy.

Introduction of the A350 will reduce the average age of the China Airlines’ long-haul passenger fleet to 3.6 years from this year onward as part of a progressive fleet revitalisation strategy. Rome is set to be the next destination to be featured.