London City Airport has celebrated the inauguration of its 30th anniversary year by announcing record figures for 2016. Some 4,526,059 passengers used what is the only scheduled services airport actually in London, representing a 5% year-on-year growth compared to 2015, an all-time record figure. There is a book on the way by Business Travel News editor-in-chief Malcolm Ginsberg 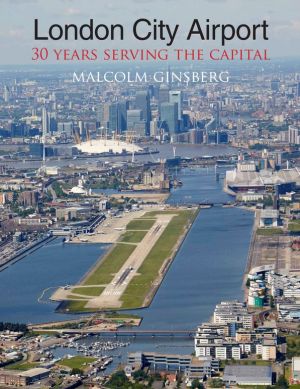 The anniversary year will be highlighted with the official milestone in the autumn. As part of preparations for the 2017 anniversary, a special pamphlet from the 10th anniversary in 1997 was rediscovered which demonstrated the airport had royal approval. In a foreword, the Duke of Edinburgh wrote: “The Queen opened London City Airport 10 years ago and I can only imagine that the developers must have held their breath as they waited to see whether this somewhat unconventional airport was going to be a success. I think it was a brilliant idea, but then I found it to be wonderfully convenient. I once made it in 19 minutes from Buckingham Palace.”

The 30th anniversary year in 2017 will also see the start of the £344m City Airport Development Programme, comprising seven new aircraft stands, a parallel taxiway and an extended passenger terminal, with completion expected by 2025.

In conjunction with the airport, Malcolm Ginsberg, editor-in-chief of Business Travel News, is writing a history of LCY to be published on 5 November, the anniversary of the Queen’s official opening of the terminal. For book sales, or advertising, please contact him direct. We plan to set up a stand-alone website in the near future.