Higgins takes over at Gatwick

HS2 chairman Sir David Higgins will become chairman of Gatwick Airport from 1 January, replacing Sir Roy McNulty, who will remain on the board as deputy chairman. 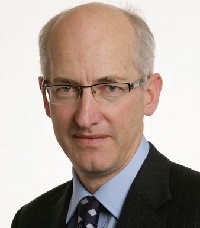 He said: “The progress Gatwick has made over recent years under Sir Roy McNulty‘s chairmanship has been remarkable. It is now firmly established as the UK’s second airport and is a vital part of the London Airports System.”

He noted that while the case for Gatwick expansion in the future remained very strong, the challenge for the airport now was to continue to invest so it could maximise the use of its existing facilities and so do even more for Britain in the coming years.

Sir Roy said Gatwick had made significant progress under new ownership over the past seven years since the break-up of BAA and had shown beyond doubt that competition worked. Sir David was “exactly the right person to lead Gatwick through the next chapter in its development”.