Heathrow is preparing to welcome its latest superjumbo shortly after Vietnam Airlines took delivery on Friday of its 10th Boeing B787 Dreamliner in Hanoi with a promise to deploy it on its London route.

Executive vice-president Phan Xuan Duc said the airline was proud to welcome its new aircraft only 16 months after taking delivery of the first. “The 787 is one of the keys to our fleet expansion plans,” he added.

Vietnam Air received its first Dreamliner in July 2015 and has nine more on order. Along with London, it also operates 787s on the domestic Hanoi – Ho Chi Minh City route and international routes to and from Frankfurt, Narita and Beijing. The 787s will also be introduced on services to and from Sydney and Melbourne next year.

“The 787 has enabled the airline to operate key routes profitably while providing passengers with the best passenger experience available,” he added. 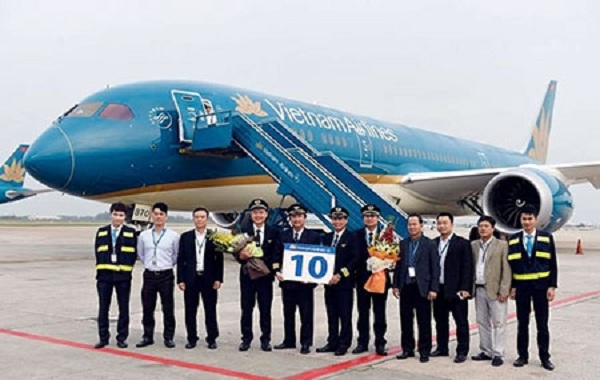