A 66% reduction in operating losses in 2015 over 2014 was revealed by Dublin-based CityJet over the weekend as it published its latest results. The 2014 figures in turn showed an improvement of 38% over its previous year loss. 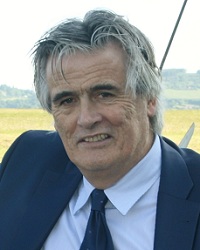 “This followed its independence from former owner, Air France, in 2014,” the statement continued. “This streamlining included significant changes to its network and commercial strategy and a major business process reorganisation programme to make the airline fit for purpose as an independent airline.”

Executive chairman Pat Byrne said: "These results clearly illustrate the improving trading position of CityJet as we continue to reshape the business into a profitable and sustainable aviation operator.

“In 2015, we sowed the seeds of this restructuring, ordering new aircraft, acquiring an airline in Finland and securing long-term wet-lease business to de-risk us from the volatility of the air transport markets.”