In his keynote address, transport secretary Chris Grayling outlined the process for Heathrow R3 – first a statement of national significance for consultation and approval by parliament and then an application for planning consent (which would not, however, deal with the principle of the runway).

He was going to publish an aviation strategy next year: While he recognised the importance of surface access, this was not one of the issues to be covered. 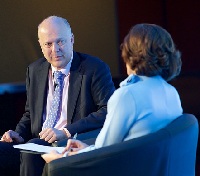 The Labour Party had put forward four key tests which a new runway should satisfy: he thought these were still valid.

Olivier Jankovec (ACI-Europe) said the UK’s position had been weakened by Brexit: we were being listened to less and less in Brussels and this would only accelerate after we invoked Article 50. The EU’s aviation strategy had also been weakened – the UK used to lead here. A major time of uncertainty was coming.

His presentation showed impressive growth in aviation recently – helped by the fact that his base year was 2008, the bottom of the Great Recession! 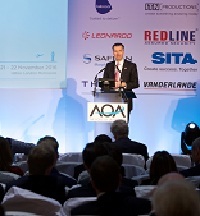 Stewart Wingate (chief executive, Gatwick) said he was disappointed but not despondent about the runway decision. It was a thoughtful and well received response. His expansion option is still open, although it would need government support because of the size of the project, by which he meant support for the planning application, not financial support.

The railway station will benefit from a package of improvements costing up to £200m, of which £30m will come from the airport. Additional rail capacity is coming – the airport line will have twice today’s seat capacity by the end of the decade. The station is within the Oyster and contactless ticketing area – and passengers appreciated this.

Brussels Airport CEO Arnaud Feist spoke about the terrorist attack and conveyed a message of hope and resilience. In the aftermath, teamwork and empowerment worked: people were given specific jobs and the power to deal with them. People needed to be given a vision for the future, as well as hope and perspective.

Early on, a concept for a Terminal of the Future was launched, to show there was light at the end of the tunnel, that the airport and its people would be back better and stronger. A strategic vision – the 2040 Plan – had been released and a business centre was being developed in the heart of the airport. One element was the intermodal hub, with plans for a tram to the city centre and a target of a 50% public-transport mode share. 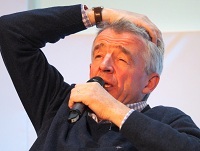 He was very downbeat about Brexit and the process for leaving. We were unlikely to get a good deal, we had no idea what we wanted or how to get it, and the timing for invoking Article 50 (shortly before major Dutch, French and German elections) was terrible. He foresaw a slowdown in growth of flights from the UK, from the planned 12% to between 2% and 4%.

On low-cost long-haul, O’Leary said it was five to 10 years away “because we don’t yet have the right aircraft”. Also Norwegian, he noted, was being blocked by too many people round the world – open skies did not mean open skies. As for more flights increasing pollution, climate change, said O’Leary was “bogus”.

Heathrow CEO John Holland-Kaye called for a proper integrated transport system and said he was pleased to see AOA’s paper on surface access. Heathrow was protecting domestic routes and offering a £10/passenger discount and wanted to increase internal surface access connections to increase the number of top UK cities accessible by public transport with one change.

When T2 had been built there had been much off-site construction, he pointed out; the same would be done for R3. Talks were being held with the HS2 team to see if there were synergies, and if the companies could work together on major projects. The jobs needed for R3 could end youth unemployment locally. 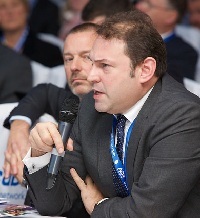 Elsewhere, Holland-Kaye said Heathrow is looking at emissions charging, with a new sustainability plan being prepared. The airport is also involved in a masterplan for the entire area – including Slough and Feltham – to include local developments and local transport. Hounslow is leading on this.

Asked about a HS2 connection, Holland-Kaye said it would be through Crossrail. It would have been good to have had a direct connection, but the airport was working with Crossrail to get the best possible interchange at Old Oak Common.

Willie Walsh (IAG) thought R3 needed a significant change in thinking by Heathrow, although the economic argument for Heathrow had been better than the alternatives. Meanwhile, he is expanding operations at Dublin (DUB), Madrid (MAD), London City (LCY) and Gatwick (LGW).

On BA’s sustainable fuels programme, Walsh said the government had incentivised biofuels for surface transport but not for air, so it was on hold. He was also asked about how new routes from R3 would be chosen – by government decision? A very firm no: it would be a commercial decision by airlines. He wasn’t interested in artificial routes – they needed to be financially sustainable.

The award for Best Environmental Initiative went to Belfast International Airport, for its Light Source project, the first of its kind in Ireland.

The airport is saving 27% of its previous electricity consumption, with solar power making a valuable contribution to lowering its carbon footprint.

Luton Airport was highly commended in the Best Environmental Initiative category because of its “excellent demonstration of wider environmental benefits”.