Vancouver’s tally of new routes is on the move again after two more services to China, by China Eastern and Beijing Capital Airlines, were announced simultaneously last week and welcomed by airport president and CEO Craig Richmond. 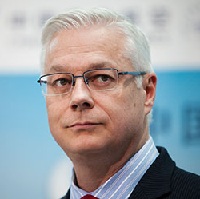 The development is the latest success for the airport’s five-year Connect YVR programme, which provides a competitive rate structure and includes rates lower than any other major airport in Canada and competing US airports.

China Eastern said it will start a non-stop thrice-weekly service to Nanjing starting on 20 December, while Beijing Capital is promoting its Vancouver – Qingdao –Hangzhou service, which takes off 10 days later.

Although China Eastern has been operating between Vancouver and China for the past 12 years, the new year-round service marks the first connection between Canada and Nanjing. It will operate with an Airbus A330-200 on Tuesdays, Thursdays and Sundays.

Beijing Capital’s new route will also be serviced by an A330 and will operate every Wednesday, Friday and Sunday. It will stop first at Qingdao, known as the Switzerland of the East, before heading for Hangzhou, the capital of Zhejiang province. Both cities are growing centres for international business.