Efforts to reduce the amount of time aircraft spend in holding stacks before landing at Heathrow Airport are paying off, according to new statistics. 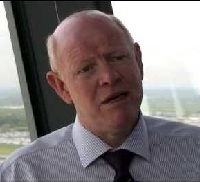 The figures show an average reduction of around a minute, equating to a saving of more than 3,000hr aircraft spend in the hold each year.

Average holding times were about 8.5min at the beginning of 2014. That figure is now just over 7.5min, falling to 6.5min in August this year.

The reduction in holding has been achieved through the use of two new air traffic management tools. One, introduced in April 2014, is XMAN, or cross-border arrivals management. The other, a  way of separating arriving aircraft by time instead of set distances to combat delays due to headwinds, is said to have cut such delays by more than 50% and by helping to maintain the landing rate has also cut the time aircraft spend holding.

Heathrow airside director Jon Proudlove said: “Fewer delays and reduced emissions are the result of investment in innovative technology and collaborative working between the airport and its partners.”