A 33-year presence in Qatar for KLM ends on 26 March when the airline says it is suspending services between Amsterdam and Doha.

In a statement, KLM said the service had proven unprofitable since Qatar Airways launched direct service to Schiphol in June last year. 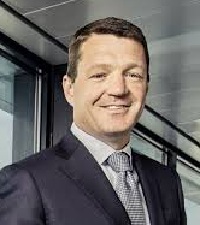 The Dutch carrier will be reshuffling its Mid-East network to take account of the change, with Bahrain, which it operates via Doha, served six times a week via Kuwait, instead of the present five times per week.

Similarly, Dammam, which is served in the current schedules in combination with Kuwait, will become a direct service, with Muscat served via Dammam. KLM says Abu Dhabi will continue to be served directly. Flights to Dubai are unchanged.

KLM president and CEO Pieter Elbers said: “Adjusting the schedule enables us to offer our passengers improved direct connections to the Gulf States.”

Air France-KLM said earlier this month (BTN 7 November) it was planning a new subsidiary airline to combat competition in key markets from carriers in the Middle East.

There are also plans for KLM to join a joint venture with Delta Air Lines and Jet Airways of India to increase competition against Emirates, Etihad and Qatar Airways.