The future of air services in Scotland was under scrutiny last week after Flybe and Loganair said their franchise agreement was ending after 10 years because of a failure to agree “future operational standards and commercial arrangements”. 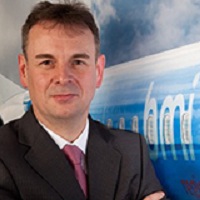 Flybe said its future plans to serve Scotland would be announced “in due course”, while Loganair said it would now fly under its own name as “Scotland’s national airline” from next September, when the partnership ends.

Glasgow-based Loganair, which serves Scotland’s highlands and islands from the mainland as well as services between Scotland and England, has operated as a franchise carrier for 24 years.

It flew under the British Airways banner before the Flybe deal, but Peter Simpson, chief executive of Loganair's parent Airline Investments, said it will operate in “its own right” from next September noting that the airline would continue with its route network and look to add services.

The airline was keen to add elements such as child fares and free check-in baggage which did not “fit comfortably” with the Flybe brand, he added.

Flybe is still without a CEO, its shares languishing at 44p due to future uncertainty.