Further expansion of the long-haul network with a new three-a-week Dublin – Miami service from next September has been confirmed by IAG member Aer Lingus.

The expansion is part of its 2017 Dublin schedule, which in addition to offering passengers from the UK more choice when flying to North America also includes a host of additional frequencies.

The new Miami service is in addition to Aer Lingus’ existing transatlantic routes via Dublin to Boston, Chicago, New York, Orlando, San Francisco, Washington and Toronto and via Shannon to Boston and New York, as well as new routes to Los Angeles, Newark and Hartford which began earlier this year.

The airline is increasing its Los Angeles service to daily for summer 2017, with Dublin – Orlando going to four a week, and Chicago increasing to double-daily.

Passengers from Britain can take advantage of the new services via Aer Lingus’ transatlantic connections from 18 UK airports, with US customs and immigration pre-clearance for those connecting in Dublin.

The airline says the growth plan underpins its successful strategy of expanding its Dublin Airport base into a major European transatlantic gateway.

The airline is also including Porto and Split in the summer schedule and extending its winter route to Fuerteventura. 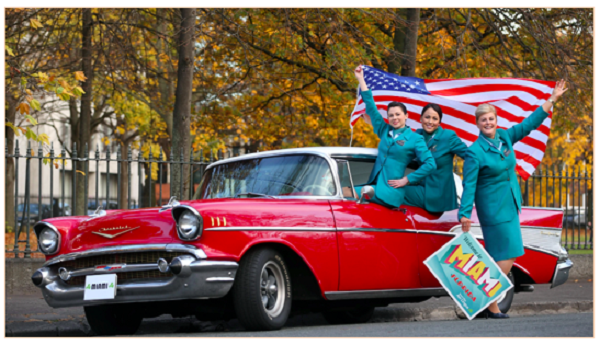