In an apparent change of direction, London mayor Sadiq Khan last week hit out at what his office called the “devastating environmental consequences” of a third runway at Heathrow and signalled his support for a potential legal challenge. 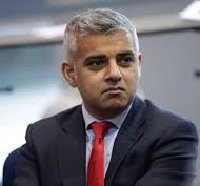 Khan has directed Transport for London (TfL) to provide advice and assistance to affected borough councils, including Richmond and Windsor and Maidenhead, as they prepare a challenge with Greenpeace.

Khan’s office said it was likely TfL would be named in the action as an interested party. “As and when that is the case, the mayor will take a decision on joining the legal challenge,” it added.

Khan, who appeared during his campaign for office to be in favour of expanding the airport, said last week he is “completely at odds” with the government’s decision to back Heathrow.

“An expansion would mean the intolerable prospect of an extra 200,000 Londoners, including 124 schools and 43,200 schoolchildren, being exposed to an unacceptable level of noise every day,” it added. (See also COMMENT.)