A new no-frills Basic Economy class is being introduced by United Airlines as the company continues a programme of new measures planned by chief executive Oscar Munoz to increase revenue and cut costs. 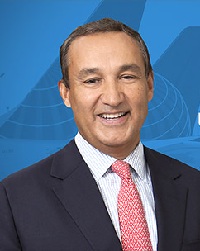 The carrier, the third-largest in the US, is also deferring 61 aircraft from an order for 65 B737-700s in favour of the new Max model, with the remaining four replaced by the larger Dash-800 model for delivery next year.

According to the Wall Street Journal, the new Basic Economy will allow passengers to have only one under-seat bag, which avoids delays caused by having to put baggage in overhead lockers.

The paper said United’s economy drive is designed to increase profits by US$4.8bn by 2020, with the fleet changes cutting capital spending over the next two years by US$1.6bn. United had already cancelled an order for 12 Airbus single-aisle aircraft.

The airline is also planning changes to flights at its Chicago, Newark and Houston hubs including using larger aircraft on some routes and changing flight times to improve connections.

In a separate development, United is buying 24 E175 jets from the Brazilian manufacturer Embraer rather than leasing them from Republic Airways, which is under bankruptcy protection.