Ups and downs for easyJet

A 27.9% fall in pre-tax profits in the year to 30 September was reported by easyJet last week, with chief executive Carolyn McCall saying it had been a period of "significant challenges". 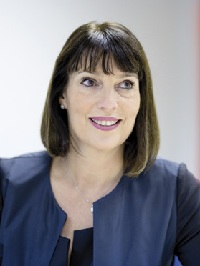 The airline had had to face a fall in the value of the pound, terrorist activity affecting travel and a series of strikes by air traffic controllers, she said.

However, passenger numbers over the year rose by 6.6% to 73.1m and the final pre-tax profit figure of £495m was in line with expectations following a caution issued by the airline last month. Revenue was 0.4% down to £4.67bn, reflecting fare reductions.

McCall confirmed easyJet had set up a separate airline based on the European mainland, in readiness for when the UK leaves the EU but said there was no question of job cuts or moving from the current Luton Airport headquarters.

“We have to take control of our own future," McCall added.