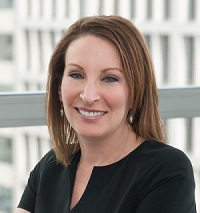 Spokesperson Jill Zuckman said the group looked forward to briefing Trump and his administration on the “massive, unfair subsidies that the UAE and Qatar give to their state-owned Gulf carriers”.

She added: “The subsidies threaten the jobs of 300,000 US aviation workers and the American aviation industry as a whole, and we are optimistic the Trump administration will stand up to the UAE and Qatar, enforce our trade agreements and fight for American jobs.”

The partnership is a coalition of America Airlines, Delta, United and a number of unions representing flight attendants and pilots.

Its largest issue is said to be with carriers from the UAE and Qatar, which the group says are looking to expand their businesses within the US. It wants the airlines banned from landing at or taking off from US airports while serving non-Gulf destinations.

Such a sanction would disallow, for instance, a flight from Dubai to Milan to New York. The partnership says the Gulf government subsidies currently allow Gulf airlines to price the Milan – New York route far below what the US carriers can afford.