First A320neo in the CIS

Kazakhstan’s flag carrier, Air Astana, has taken delivery of its first A320neo and the first in the Commonwealth of Independent States (CIS), which was formed after the collapse of the Soviet Union. 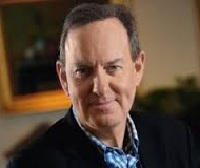 The handover ceremony took place at Airbus headquarters in Toulouse in the presence of airline executives and government officials. The aircraft, leased from Air Lease Corporation, is part of a deal announced at Farnborough for 11 of the models.

Powered by Pratt & Whitney engines and featuring a two-class cabin layout with seats in Business Class and 132 in Economy, the aircraft joins an Air Astana Airbus fleet of 13 A320 Family aircraft and will operate on domestic and international routes.

President and CEO Peter Foster said: “The A320 Family has proven to be a success in service with Air Astana over the past 10 years for its passenger appeal, low operating costs and reliability. The A320neo Family offers significant improvements in all these areas".

Air Astana was congratulated on the deal by Airbus chief operating officer John Leahy, who said the carrier would benefit not only from commonality with its existing A320 Family fleet but also from the neo’s passenger comfort and fuel efficiency.