Central European carrier Wizz Air is launching flights between Liverpool John Lennon Airport (LPL) to the southern Romanian city of Craiova (CRA) from the end of March. It is the airline’s second new route to be announced this autumn. 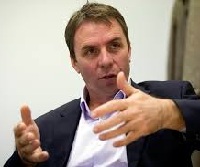 The airline, headed by Hungarian entrepreneur József Váradi, has already confirmed it will operate to Lublin in Poland from next May, while Craiova will be Wizz Air’s seventh destination from Liverpool, complementing the services to Warsaw, Gdansk, Katowice, Riga, Budapest and Lublin.

The Craiova service will be three times weekly on Mondays, Wednesdays and Fridays. It begins on 27 March and will be the only service outside London to the Romanian city. It takes the number of weekly departures by Wizz Air from Liverpool to 20 from next summer.

As well as being a business centre, Craiova is a popular short-break destination, with a strong focus on culture through art, history and museums.

All flights operate on Airbus A320 aircraft with 180 seats and Wizz Air’s new 230-seat A321s, deliveries of which began a year ago this month.