Air New Zealand has appointed Jo Copestake as general manager UK and Europe. The airline has a daily service from Heathrow to Auckland via Los Angeles, where it has a fifth freedom. 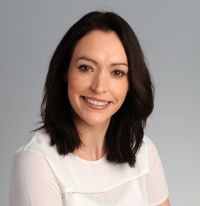 Copestake joined Air New Zealand in 2010 as senior account manager. Since then, she has held positions across the business, including leisure channel manager, online channel manager and, more recently, sales and market-development manager for the UK.

Before joining Air New Zealand, she worked at Eurostar, Gulf Air and Thomson Holidays. Previous GM Kathryn Robertson has moved to Sydney, where she is now responsible for Australia.

On the aircraft front, ANZ is to spend more than US$100m increasing the number of premium seats on its Boeing 787-9 Dreamliners and refurbishing the Boeing 777s used on the London route.

From February, all seven of the airline’s Boeing 777-300s will also progressively complete a refurbishment programme, including the installation of the Panasonic eX3 in-flight entertainment system customers already enjoy on the Dreamliner fleet, and refreshed seating options. Later in the year, wi-fi will be added too. A Star Alliance member, ANZ runs the excellent LAX lounge.