As the quest for answers to the mystery of Malaysia Airlines’ Flight MH370 continues (see story this issue), the carrier on Friday announced a major expansion of services to China with eight new destinations, 11 new routes and 35 additional frequencies from early next year. 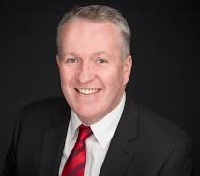 “Malaysia Airlines plans to triple our Chinese business over the next five years. I see potential for direct flights to 20 Chinese cities from Kuala Lumpur, Penang, Kota Kinabalu and Kuching by 2019,” he said.

Bellew said the improved connectivity would foster deeper business links between the two nations. “Six of our new Chinese cities have never been served directly by Malaysian Airlines,” he noted.

The new routes will include services between Kuala Lumpur and Haikou, Nanjing, Fuzhou, Wuhan, Chengdu and Chongqing and between Kota Kinabalu and Tianjin, Penang and Shenzhen and Penang and Shanghai.

The airline will also add a second daily flight between Kuala Lumpur and Shanghai next April subject to slot availability.