Name change for the trade body for UK-registered airlines 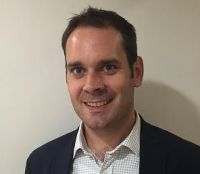 Alderslade joined what is now Airlines UK, the trade body for UK-registered airlines, as chief executive in May 2016. Prior to this, he spent three and a half years at the Airport Operators Association (AOA), most recently as public affairs and PR director, where he was responsible for engaging with politicians, journalists and industry stakeholders, and working on campaigns for issues ranging from airport capacity, Air Passenger Duty and sustainable aviation to regional connectivity. Before joining the AOA, he worked for two Members of Parliament and for the integrated public affairs and PR consultancy Insight Consulting Group.

For more than 40 years, the British Air Transport Association (BATA) has represented the interests of UK-registered airlines to governments and regulators.

Over that period, our airlines have seen huge change and growth. Today, they operate in the world’s third-largest aviation market, employ 76,000 people and carry 144m passengers a year and a million tonnes of cargo. In the past decade alone, they have invested US$50bn to introduce more than 470 new, cleaner, quieter aircraft.

By any standards, this is a great UK success story in which BATA has played its part.

But times change and BATA is changing too. Today we change our name to become ‘Airlines UK  –  the association of UK airlines’, a fresh brand and logo and new website.

With airport capacity set to expand in the South East and with the challenges that Brexit is presenting to the UK aviation sector, there has never been a more important time for the voice of UK airlines to be heard loud and clear. We wanted a name that will enable us more easily to be and do ‘what it says on the tin’ – and Airlines UK will help us to do that.

On the policy front, we welcomed last month’s announcement from government backing a new North-West runway at Heathrow as long overdue and we agreed with ministers that additional capacity at the airport offers greater potential economic and social advantages than expansion at Gatwick. However, we also noted that there will need to be some tough discussions ahead with regards to cost.


We agree with transport secretary Chris Grayling that what is needed is not expansion carte blanche “but the right scheme at the right price”. Grayling told the Commons the aim should be a plan for expansion that keeps landing charges close to current levels and  –  liaising with the CAA  – airlines will be working to ensure this becomes a reality. The airport will need to convince its customers that it can deliver a new runway without raising charges – and this may require changes to the scheme design. We must ensure that any new infrastructure is cost-effective and affordable and that the price paid by customers does not increase. Today’s passengers should not have to pay for capacity that will not be operational until at least the mid-2020s.

The government also needs to appreciate that expanding capacity is not just about new tarmac on the ground. Just as important are policies that help us to use the invisible infrastructure in the skies above us as effectively as possible.

This January, ministers are due to consult on a national airspace and noise policy. The airline view is clear – we need to bite the bullet and put in place a stable, long-term framework that recognises the need to modernise airspace, with all the economic, social and environmental advantages this will bring, as well as provide clear guidance on the balance of priorities in airspace design and enable modernisation in the forthcoming Aviation Policy Framework. The reasons for doing this are straightforward: a 9%-14% reduction in Co2 emissions, helping us to meet our global target of a halving of net emissions by 2050, and a potential 5dB reduction in noise. Moreover, IATA has calculated that airspace modernisation across Europe would result in a £29bn boost to UK GDP, and there would be a positive impact with respect to delays as well.

Another key issue for airlines in the period immediately ahead will be the development of the government’s negotiating position on Brexit. We have already made it clear to ministers and civil servants in government that our members want to retain access to a fully-deregulated and liberalised EU aviation market that the UK itself did so much to create. They also need to know where they stand sooner rather than later and we must seek to ensure that aviation-related negotiations and decisions are prioritised during the EU withdrawal process.

Later this month, in his Autumn Statement, the Chancellor will be setting out his initial plans for the UK economy and we very much hope that he will recognise just what a boost to the economy could be achieved at this critical moment by dealing with Air Passenger Duty (APD). If the government is serious about achieving its vision for the UK as a standard-bearer of global free trade in the post-Brexit environment, then removing APD must rise to the top of its to-do list.

Only aviation can connect the UK to the emerging markets that are seen as vital to our continued prosperity. Such a course of action would also make concerns about market distortions and unfairness for passengers caused by the devolution of the tax to Scotland redundant and even more importantly deliver substantial economic advantages to the country.

In any event, the Chancellor should use the opportunity to reject the options set out in its 2015 discussion paper on the impacts of varying rates of APD within the UK. It cannot be right that in a geographically-small union of countries with more than 40 commercial airports there should exist a major government-created market distortion affecting the ability to travel and trade. Rather than conducting a rather insular debate looking at different regions within the UK and seeking to mitigate narrowly the impact of devolution, government should take a broader, international perspective and consider the more fundamental problems with the tax.
On these and many other issues, Airlines UK is determined that the voice of UK airlines will be clearer than ever so our members can continue to deliver a world-class service to the advantage of their passengers and the whole UK economy.