The scamper of tiny carry-ons is becoming more prevalent, it seems. New data released from Heathrow shows a sharp rise in numbers of children under five flying through the airport, as our little ones become accustomed to becoming global jet-setters. 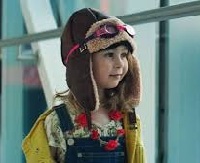 The number of youngsters passing through the airport is at an all-time high, with thousands of under-fives taking their first flight in 2016, 15% more than five years ago.

The average five-year-old of today is expected to fly more than 500,000 miles during his or her lifetime, the equivalent of flying to the moon and back.

To mark the news, Heathrow is releasing a short film, Top Tips from Tiny Travellers, a light-hearted guide led by five- and seven year-olds to travelling through the airport.