Flights being operated by Flybe between Cardiff and London City Airport are being extended from 1 November after what the airline called “an overwhelming response from the business community”. 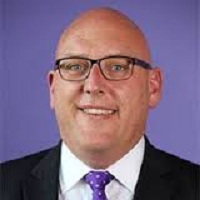 The service was introduced on 12 September, initially to provide an alternative way to get to London during the Severn Tunnel closure. Flybe said it had seen “a very promising level of customer uptake”.

Of passengers surveyed before departure, the airline said, 95% confirmed they would continue to use the service after the tunnel re-opened, and a further 33% had already become regular travellers on the route.

Chief revenue officer Vincent Hodder said: “The route has quite simply taken off. We recognise time is precious for passengers and this is clear vindication we are not only faster than road or rail but usually also cheaper.”

Cardiff Airport MD and COO Debra Barber said: “It has been overwhelming to see how much this service has been utilised by the Welsh business community in particular.

“Providing a reliable link between both capitals during the tunnel closure has been essential in promoting a thriving Welsh economy and it has also been great to see passengers from London using the service to do business in Wales.”