In a week when jobs in aviation are in the news (see also Stansted story this issue), Ryanair announced on Tuesday it is to launch a major recruitment drive as it plans to take delivery of 50 new aircraft in the next 12 months.
The airline said it would be hiring 2,000 new cabin crew, 1,000 pilots and 250 aircraft engineers, as well as promoting more than 300 first officers on its command upgrade programme across its 84-base European network.
New positions will also be created in the IT, sales and marketing, digital experience, finance and commercial departments at Ryanair’s Dublin office, and also at its Travel Labs Poland subsidiary in Wroclaw.
Chief people officer Eddie Wilson said 2017 was set to be Ryanair’s busiest recruitment year yet as the airline continued to invest heavily in future talent.

“Ryanair is now considered the ‘go-to’ airline for both cadet and direct-entry hires, with both pilots and cabin crew having the opportunity to work on the youngest fleet in Europe as we take delivery of our new aircraft,” he said. 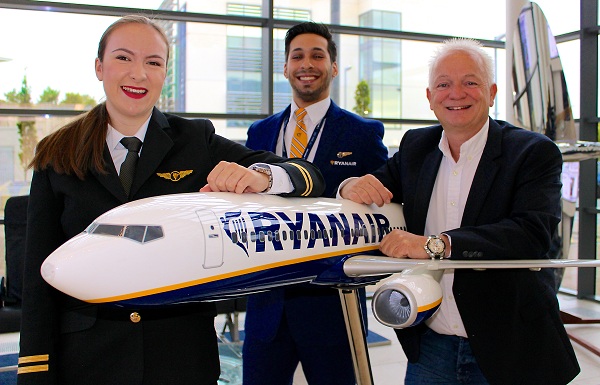