Darren Caplan, chief executive of the Airport Operators Association, the trade association that represents UK airports, argues this week that the Brexit vote underlines the importance of a decision on airport capacity and the need to make better use of existing capacity.

“If the signals from Whitehall are to be believed, it seems we are only days away from the much-delayed government announcement on airport capacity in London and the South East.

Step 1: More capacity in London and the South East 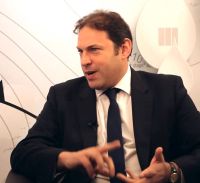 After much waiting, will this indeed be the month when the prime minister and her Cabinet finally take the decision that has been ducked for far too long? We have had more than 15 years of dithering since the Department for Transport (DfT) accepted the need for capacity expansion. It is therefore welcome news that Theresa May has taken personal charge of the issue by chairing the Cabinet’s economic affairs (airports) sub-committee that will adopt a decision for the Cabinet to progress.

It is also encouraging that the new transport secretary, Chris Grayling, told the Conservative Party conference that “by building another runway in the South East, we will send a signal to the world that Britain is open for business”. The chancellor of the exchequer, Philip Hammond, has acknowledged both that it has taken far longer to reach a decision than many people would have liked and that airport capacity in the South East is an important driver of the UK economy.

The chancellor recently gave the go-ahead for expansion at London City Airport, injecting £1.5bn each year into the economy; and so this – together with the previous Conservative government’s statement in December that “the case for aviation expansion is clear” – gives positive indications there will be more airport capacity coming online in the years ahead.

Ministers insist that in spite of the UK’s impending departure from the EU, the country remains outward-looking and open for business. Nothing could better demonstrate they mean that than a decision that would ensure the UK gets the additional capacity it so vitally needs if the country is to maintain and enhance its position as one of the world’s leading and best-connected economies.

The AOA is in strong agreement with the 50-plus business leaders, from companies as varied as Harrods, Tesco, Legal & General, Land Securities and ICAP, who have signed an open letter to the Cabinet insisting the Brexit verdict makes the case for expansion urgent.

It is beyond time for the government to act, with 15 months having passed since the Airports Commission, chaired by Sir Howard Davies, published its final report.

Now more than ever, we need as a nation to compete in both established and emerging markets. A decision to pave the way for increased airport capacity will be the first step towards ensuring we will have the additional capacity we so desperately need to deliver the connectivity required by the country, not least by the exporting businesses that are so essential to our future economic success.

I describe it as the first step because it is also evident the government needs to support excellent aviation connectivity right across the country. The prime minister has made it clear she plans to govern in the interests of the whole country, and an important way of demonstrating that would be for her government to take action to help airports and economies throughout the UK.

As it happens, there is a perfect opportunity for the government to do just that, as DfT Ministers have confirmed that they will soon be publishing a refreshed and comprehensive Aviation Policy Framework. Building on the 2013 framework, this will lay out how the government intends to approach all the major aviation issues the UK is expected to face in the coming years.

The AOA very much hopes we shall see an APF that enables both better surface access to airports and much-needed airspace modernisation, as congestion in the skies is increasingly constraining our sector’s ability to grow.

And we would also like to see a planning system that has a presumption in favour of sustainable development, to make it easier for our airports to grow.

Now is the time when the government could finally get ahead of the curve by adopting a raft of policies fit for the future instead of, as has too often happened in the past, struggling to understand and keep up with the increasing demand for aviation capacity in the UK.

An agenda to prepare for aviation growth in a more dynamic way than we have so far achieved should be a key element in the government’s strategy for the UK to succeed outside the EU. The truth is that “best-in-class” aviation infrastructure is an essential prerequisite for the success of any modern trading nation, but especially so for an island economy like the UK.

This aviation growth agenda is essential not just to benefit airports and airlines around the country, but also to enable us to deliver the economic growth that will benefit everyone.

This is an agenda where an approach that takes into account the varied needs of all parts and nations of the UK, and will help us to ensure that we will be a truly United Kingdom, ready and well-equipped to compete successfully in today’s global economy.

The AOA conference takes place in just six weeks’ time, on 21-22 November.  By then let us hope we can see a way forward".

As long as Darren does not push for expansion at Gatwick that's fine and I hope our chat at the Conservative conference has convinced him that there is no business case for Gatwick or any public transport to support it.

In 1982 as Head of Operations at the International Air Transport Association, I visited the Transport Minister to present him with an independent report we had funded for presentation to the EU Commission on behalf of our 250 member international airlines. I explained that the UK would start to suffer serious economic damage unless a new runway was commissioned immediately. What a mess and the location is probably in the wrong place because now it not just where the next is placed but where the one after it will go because it will be needed. Both must be in the same place.