Competition between Airbus and Boeing over aircraft deliveries has intensified this summer, with August becoming the first month in which the European manufacturer distributed more than the US company. 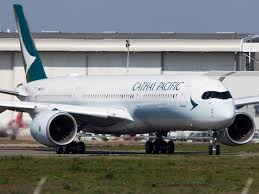 Airbus made 61 deliveries in August against Boeing’s 59, meaning the European company has closed its gap on Boeing for deliveries for 2016 so far to 91 units compared with 102 in favour of Boeing last year.

Some 71% of deliveries in August were of narrow-body models and 29% were wide-body.

For Airbus, August was a record-breaking month for A350 deliveries, with six being distributed. Cathay Pacific was the largest recipient, taking delivery of two, while Thai Airways welcomed its first A350. Eight carriers now operate the A350.

On the Boeing side, Uzbekistan Airways welcomed its lead B787-8 in August, the first of two on order, initially for use on domestic routes. The carrier also operates the B757-200 and B767-300.