The airport expansion debate moved dramatically up the prime ministerial agenda on Thursday after Theresa May cleared the Hinkley Point nuclear power station project, leaving the way clear for a decision, now expected next month, on runway capacity in the south-east. 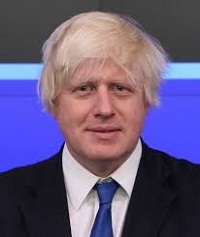 Excluded by May from the cabinet committee that will debate the issue, foreign secretary Boris Johnson immediately attacked the Heathrow plan for a third runway, which he said should be “consigned to the dustbin”.

He spoke out after a report by the All Party Parliamentary Group (APPG) on Heathrow listed 16 “serious risks” about the development. “The study exposes in glaring detail the weaknesses and omissions in the … Airports Commission report,” Johnson said.

“As I’ve advocated for many years, Heathrow expansion is the wrong choice, and if it is chosen it simply won’t get built.”

The prime minister is considering whether to proceed with the third runway at Heathrow or approve a rival development at Gatwick instead, with The Daily Telegraph suggesting she could give the go-ahead to both projects, allowing her to impose restriction on each airport to dilute local opposition.

However, the Telegraph added, there is growing belief in Westminster that Heathrow will be expanded in some form as part of the plans.