You have only to look at the weather maps to see why Cape Town is such a popular destination from the UK for the year-end holiday period and towards Easter. On top of that, it is English speaking, everyone is very friendly and (unlike some currencies) the Rand offers very good value against the pound sterling. A new carrier for the holiday period is Thomas Cook Airlines, non-stop from Gatwick, at prices, including a Premium cabin, that undersell British Airways by some way. 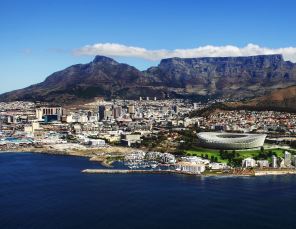 In part one BTN explores the essential Cape Town. Part two takes us to the hinterland and into Western Cape province, famous for its wines.

BTN editor-in-chief Malcolm Ginsberg (and wife) spent just a few days in this most enjoyable of cities, a FIFA World Cup venue in 2010.

They were off Cunard's Queen Victoria, direct from Hong Kong. Ginsberg says he plans to go back for a longer stay and add a part three next year. Yes, personal security has been a problem, but it is no worse than any other major city. Just be sensible. Tours to the townships, which sit next to some of the most expensive homesteads in the whole of Africa, are available.

For whatever reasons, and travellers always reported very full flights, Virgin Atlantic (VS) dropped its non-stop services. It still goes to Johannesburg, where there are local connections, leaving BA to charge virtually what it likes with an 11hrs 30mins daily operation. South African Airways also routes via Johannesburg, and there are a number of alternatives, Ethiopian probably the quickest via Addis Ababa. The modern airport is just 12 miles from the centre, is the second busiest in South Africa (after Johannesburg) and number three in the whole of Africa. 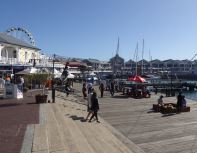 If you’re visiting South Africa for tourism or business purposes for a period of up to 90 days, you don’t need a visa. Parents travelling with children (aged under 18) will be asked to show the children’s full unabridged birth certificates but if they are not your children, or there is a complication, check out properly with the Embassy visa section before you travel.

Cape Town is the home of South Africa's National Parliament and is also the legislative capital of the country.  However, Pretoria is the seat of the executive branch of government, ie the official capital, while Bloemfontein heads up the judiciary.

From a political point of view, Cape Town has been run by the Democratic Alliance since 2009, credited for much of the city’s relative prosperity. The party very recently won Johannesburg. The African National Congress (ANC) has been in power since virtually the collapse of apartheid in the early 1990s, initially with Nelson Mandela as president and in more recent times with Jacob Zuma in office.

When it comes to hotels, Cape Town has them in abundance with even 5-star properties starting at only £150 for bed-and-breakfast. We took tea at the Mount Nelson Hotel, a fine modernised colonial edifice with lovely gardens. Its convenience to the parliament building makes it popular for visiting dignitaries. We in fact stayed at the President Hotel in the resort and residential area of Sea Point. It is popular with airline crew, always quite demanding on standards.

The Europeans discovered Cape Point in the 16th century and thought it the furthest south you could go in Africa. They sailed into False Bay, and out again, its size making them think it was the Indian Ocean. And so it got its name. In fact, the most southerly point is Cape Agulhas, 100 miles to the south west, but just like Land’s End and John O’Groats there is not much to see. Give it a miss. 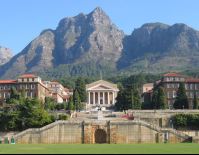 Normally the way to start to see a city is by open-top bus, but in the case of Cape Town a 3½hr visit to Robben Island, "home" for 18 years of Nelson Mandela, or  Madiba  (father) as he is known to many South Africans, sets the scene not just for the city but the country also. There are four ferry crossings/tours per day from the Nelson Mandela Gateway in the Victoria and Alfred Waterfront (V&A), named after the second son of the Queen who visited Cape Town in 1860. It is also a short walk from the International Cruise Terminal.

Since the end of the 17th century, Robben Island has been used for the isolation of mainly political prisoners but for a period it was a leper colony. It was proclaimed a World Heritage Site in 1999. To date, three of the former inmates have gone on to become presidents of South Africa: Nelson Mandela, Kgalema Motlanthe and the current incumbent, Jacob Zuma. Your guide will be an ex-prisoner. However, while they all speak perfect English, their dialect can be difficult to understand. Your tour includes the single-cell penitentiary block, the exercise yard and the vegetable plot. The island is home to 132 bird species, including 8,500 breeding pairs of African penguin, the second-largest colony in the world.

If you take the first morning ferry, it brings you back to V&A in time for lunch. Today it is a massive 300-acre (continuing) development, with more than 450 outlets and eating places galore. Collect a map from the excellent visitors’ centre and take the self-guided tour. Fifty years ago, you would not have dared to come into what was South Africa’s oldest working harbour. The city and its backers have developed the V&A into a thriving complex attracting more than 23m visitors a year. Go back in the evening for dining. Taxis are metered and cheap.

Next up has to be Table Mountain, which is on the open-top Red Bus route. Watch out for the weather and time your trip carefully. The cable car closes due to strong winds for anything from 60 to 90 days a year. The queues may be daunting, but each cabin holds 65 people (800 passengers an hour) and rotates through 360 degrees as you go up and down. You can go for the view or join the free guided tours that depart on the hour. The cable station is part of the Table Mountain National Park and you can hike up to it also along the Platteklip Gorge trail. Don’t worry about eating. There is a café at the top.

The park is also the home to more than 1,460 species of fynbos (and dassies – also known as rock rabbits or hyraxes – which are the closest living relative to elephants), and has been a protected area for more than 100 years. 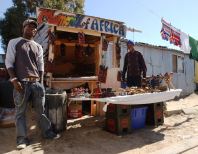 The Blue Bus route lasts two hours and also involves the Table Mountain National Park, but takes a route behind the mountain including the National Botanical Gardens, Monkey Jungle, World of Birds and a township experience.

Jews have been involved in the exploration and settlement of the Cape since Europe first developed an interest in finding alternate routes to India. The early Portuguese navigators Bartholomew Diaz and Vasco Da Gama would not have been able to make their journeys without the Jewish mapmakers and the astronomical tables drawn up by Abraham Zacuto. In the middle of the city is the community centre, which includes the Great Synagogue and Holocaust Centre. The South African Jewish Museum, part of the complex, includes a replica of a house in an East European  shtetl  (village). It is straight out of  Fiddler on the Roof.

Read more about Cape Town BTN 2 May – Queen Victoria around the world.

We plan to follow with part two next week. 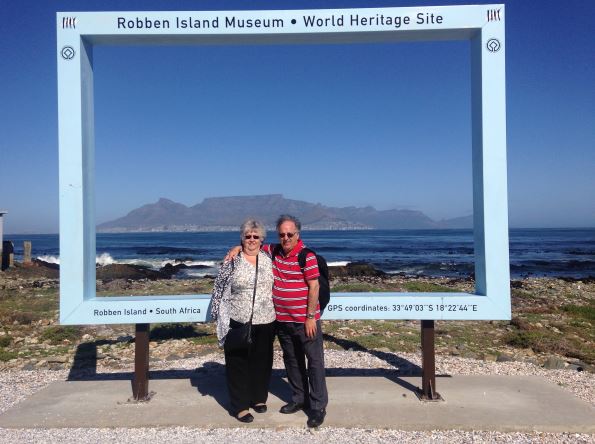