The campaign to reopen Plymouth Airport and safeguard its future by putting it into community ownership has entered a new phase with the start of a funding drive. Backers hope to raise an initial £25,000. 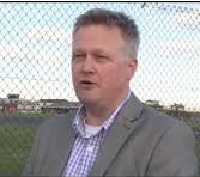 The FlyPlymouth group has also issued a new video, (https://www.youtube.com/watch?v=2OXXrxExASQ) fronted by chief executive Raoul Witherall, explaining the campaign and listing what the group hopes to achieve by 2017 when the final decision on the airport is due.

The new move follows pressure from local politicians concerned a government decision may already have been made to close the mothballed facility for good (BTN 29 August).

The FlyPlymouth group was created by local business people in 2015 to acquire and reopen the airport and to create a new base airline to serve the city and the south-west. “We’re doing it because the people and businesses of Plymouth want their airport open again,” said Witherall.

The initial crowdfund target of £25,000 is for operating costs for the next year to continue FlyPlymouth’s momentum. Once that target is raised, the group will seek to raise another £25,000 to secure experts and barristers for the Examination in Public into the airport’s future in 2017.