United all set for Havana

Daily non-stop flights to Havana from New York Newark and Saturday non-stop service from Houston are to be launched by United Airlines on 29 November, the carrier announced last week. 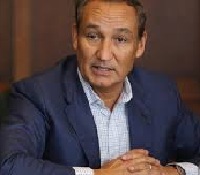 United is one of eight airlines to be granted approval by the US Department of Transportation (DOT) to fly to the Cuban capital following the easing of restrictions (BTN 11 July). The others are Alaska Airlines, American, Delta, Frontier, JetBlue, Southwest and Sprint.

United said it had been working closely with the Cuban government to prepare for the start of operations into José Martí International Airport. Both services will operate with Boeing 737s.

CEO Oscar Munoz said: “I'm incredibly proud of all the aviation professionals at United who are working hard to get our historic Cuba service ready for take-off. Our flights will ensure better choice, convenience and competition for all travellers on this important route.”

The services will mark United's 13th new international route of 2016. Since March, the carrierUnited has started nonstop service between the US and Auckland, Tel Aviv, Xi'an, Singapore; Hangzhou, Athens, Barcelona, Providenciales in the Turks and Caicos, Nassau and Lisbon.