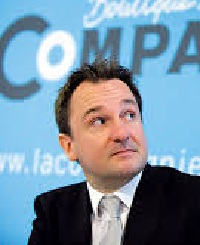 In a statement headed “Brexit: La Compagnie suspends its London – New York route”, the carrier said it was halting the route from 25 September. It added: “This decision has been made in view of a new economic climate in Europe, fuelled by Brexit, and that has already affected various significant players within the airline industry.”

However, some commentators, including aviation consultant and BTN editor-in-chief Malcolm Ginsberg, cast doubt on whether Brexit was the real reason.

Ginsberg told The Independent newspaper the excuse was “rubbish”, adding: “Their big problem was the wrong airport, poor marketing and a failure to offer a daily service.”

The story was later picked up by The Daily Telegraph, which quoted the word “Rubbish” in its headline and added: “French airline slammed for blaming route closure on Brexit.” The Telegraph also noted La Compagnie had run the London route for only a year.

In its statement, under the name of CEO Frantz Yvelin, the airline said the decision had not been taken lightly and that the service had been showing “encouraging performance levels” but the “route economics remained fragile”.

BTN has to admit it got it wrong last week.  La Compagnie will never fly 25k passengers between Luton and New York and joins Eos, Maxjet and Silverjet in recent 'Business Class Only' ex UK failures.

Perhaps the absolutely appalling road network and parking situation at Luton is the real reason La Compagnie couldn't get enough passengers to make their flights viable. Luton is to be avoided like the plague. Even tourists on a budget hate it, so why would premium Business Class customers put up with the jam of cars and passengers and the snarl of construction barriers. The place is an eyesore, a chancre on the UK travel industry. Hopefully it will be better once the current construction is completed, but for now, don't go there.