The first China – Europe Aviation Symposium, hosted by Midas Aviation and the Centre for Aviation Research at the University of Surrey, headed by Dr Zheng Lei, was held last week in Guildford. 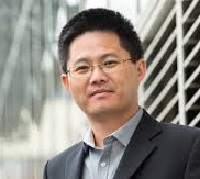 Industry leaders from across Europe’s airports engaged with senior management representatives from major Chinese airlines to discuss future market potential and the challenges of such development.

The gathering heard some 114 new international Chinese services have been added in the past year. The arrival of the B787 and A350 has allowed international services to operate for the first time from destinations in China beyond the main gateway airports by carriers such as Hainan Airlines.

So far in 2016, another 30 international services have been launched, suggesting growth will continue for some time.

A constant theme at the symposium was the need for a partnership approach to developing Chinese airline services to Europe.

Capacity at major airports was also a key theme, along with the limited hub connectivity that currently exists at many Chinese secondary airports and creates a challenging environment for purely point-to-point services.

In the context of UK – China air service agreement discussions, scheduled for mid-October and capacity almost fully utilised, the rapid growth of the market and potential was recognised by all.