New Heathrow chairman Lord Deighton has told The Times that the airport is considering dropping its controversial M25 tunnel scheme as it refines plans for a new runway. 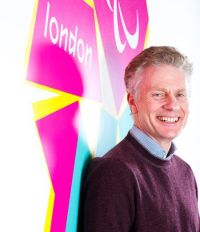 The prime minister is expected to announce the results of a Cabinet committee review of the Airports Commission deliberations soon after Parliament returns from the party conferences recess on 10 October.

Lord (Paul) Deighton chaired the very-successful London Organising Committee of the Olympic and Paralympic Games, one of the largest construction projects in recent history. To paraphrase his comments, he said the Olympics' original concept had been trimmed down most successfully. The airport was looking to reduce its budget “between two and three billion”. A new target completion date is 2024, well in advance of the government’s 2030.

Besides the tunnel, which would be replaced by possibly a bridge or road diversion, the terminal size would be reduced and a planned transit-rail system scrapped.

Heathrow is expected to detail the revised scheme at the end of the month.
www.heathrow.com

It is good to hear that the proposed 3500m is now being reconsidered. Whilst i fervently believe a 3rd runway is required something in the region of 2200 - 2500m would be more than adequate. A large proportion of aircraft using LHR are code C/D size aircraft (B737-A320 B767 family) and a shorter runway is not operationally limiting. It would not even be limiting for code E/F aircraft for landing purposes if built to the required strength and width. There maybe some longer taxi times for some poorly positioned code E/F (B747-B777-A380 etc.) aircraft for take off but this is a minor inconvenience compared to the cost savings, loss of land and significant local disruption a 3500m runway would bring about. I am also in support of LGW having a similar 2nd runway then we would not have to go through this arduous process once again in 10 years time.