SkyTeam alliance founding carriers Korean Air and Delta Air Lines are strengthening their partnership by expanding codeshares to more than 100 US and Canadian destinations and 30-plus cities across Asia by the end of the year. 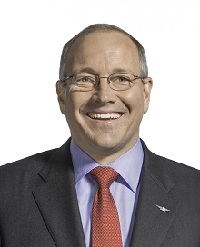 Korean will place its code on 156 of Delta’s US and Canadian routes beyond Atlanta, Los Angeles and New York-JFK and on Delta’s flights to Sao Paulo in Brazil from both Atlanta and New York-JFK.

Delta will add its code on Korean Air-operated flights to 32 cities beyond Seoul-Incheon, including Singapore, Bangkok, Saigon, Osaka, Taipei, and other business and leisure destinations throughout South-East Asia and Japan, and Korean flights from Houston and San Francisco to Seoul-Incheon.

Korean will also codeshare Delta’s new service between Atlanta and Seoul-Incheon next June. Delta says the new service will offer the most convenient access to Korea, China, South-East Asia and Japan for Korean Air and Delta customers throughout the south-eastern US. The daily nonstop will operate with a 291-seat Boeing 777-200LR aircraft.

"Delta and Korean Air are expanding a 20-plus-year transPacific partnership, and we believe the new Delta service between Atlanta and Seoul plus the enhanced partnership with Korean solidifies our joint position as leading carriers in the market," said Delta president – international, Steve Sear.